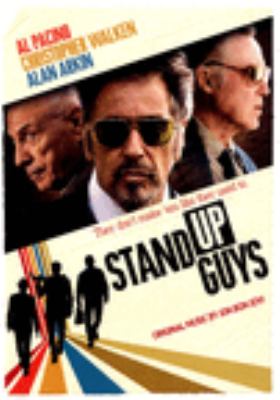 ( DVD
)
by
[United States] : Lionsgate, 2013.  |
Director, Fisher Stevens.
Alan Arkin, Al Pacino, Christopher Walken, Julianna Margulies.
Val is released from prison after serving twenty-eight years for refusing to give up one of his close criminal associates. He's reunited with his two best friends Doc and Hirsch. But one of the friends is keeping a dangerous secret. He's been put in an impossible quandary by a former mob boss, and his time to find an acceptable alternative is running out. As the sun rises on the guys' legendary reunion, their position becomes more and more desperate.
OFRB rating: 14A.
DVD.
English audio.